There’s only one F in Fulham

What The Media Says

On this page, the term 'Media' in our header is used very loosely. It means that it includes every type of outlet that publishes relevant Fulham related pieces. We do not agree with some, laugh at many and sometimes concur with a few. They appear here unadorned and uneditted although we re-iterate that we at TOOFIF do not necessarily agree with any of the views expressed.

What the Media's been saying

Not always accurate but often amusing

Everton have reportedly made contact about Fulham midfielder Jean-Michael Seri, who is currently out on loan at Turkish club Galatasaray. The Ivory Coast international left Craven Cottage in the summer on a season-long loan to join Galatasaray.

According to Foot Mercato, both Everton and Monaco have started discussions with the 28-year-old's representatives about a potential move in January.

The report explains they have enquired about his future and it's believed that Toffees manager Carlo Ancelotti was already eyeing him when he was  Napoli boss. It's unclear whether Seri's loan deal could be ripped up midway through the season, but it looks like he's in demand ahead of the January transfer window.

Seri is a tenacious central midfielder full of energy and also has an eye for goal when he drives forward. (Editor's note: Have any of these people actually seen him play in the last eighteen months?)

It would be a smart move for Ancelotti to strengthen his midfield at Goodison Park in the January window, as it seems a little lightweight at the minute and a fresh body should help the squad.

Seri is an intriguing target that is building his reputation back up in Turkey with Galatasaray and has played Champions League football with them this season.

He was an exciting midfielder that was the total package when he was previously at Lille, but his spell in England so far saw him flop with Fulham and suffer a relegation from the Premier League.

There would definitely be a risk behind bringing him to Merseyside, but Ancelotti should be backed to sign the players he wants.

now likely to leave next month

According to Haberturk reporter Ayhan Sensoy, Fulham's Jean Michael Seri has informed the Championship club he's not happy at Galatasaray.

The Ivorian midfielder joined the Turkish side on a season-long loan deal during the last transfer window, but it's safe to say his move to the Super Lig has been far from a success.

He's now struggling to get regular games under his belt, and is widely seen as one of the reasons Galatasaray have struggled in their defence of their league title this season.

Sensoy adds it's very likely the Fulham loanee will leave the Turkish side once the January transfer window opens and it seems the 28 year old needs to find himself a new club once again.

With Fulham in the second tier it's unlikely he will return to London in January and he may need to find another club willing to take him on loan.

Seri has made 17 appearances in all competitions for Gala and scored one goal. His Fulham contract will expire at the end of June 2022.

Championship stalwart Neil Warnock has given his verdict on the teams in the division that have impressed the most, claiming that Fulham have the best squad.

Warnock, 71, has overseen three promotions to the Premier League at a trio of clubs, and most recently managed Cardiff City from 2016 to 2019.

Speaking to talkSPORT, the managerial veteran gave his verdict on who he feels are the best teams in the league, surprisingly not siding with either Leeds United or West Bromwich Albion – both of whom occupy the two automatic promotion places.

“I think Fulham's got the best squad, if I'm honest – in the whole league,” Warnock claimed.

Many share the opinion of the former Cardiff boss, but Fulham have underperformed by their standards this season, as they sit in 5th place in the Championship. 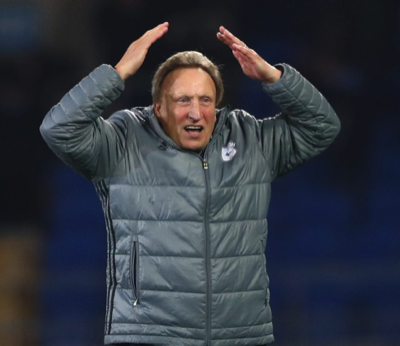 The Cottagers were touted as one of the sides for automatic promotion this season back to the Premier League at the first attempt, but have fallen to defeat on eight occasions this term.

The good news for Fulham fans is that the option has been taken to buy Ivan Cavaleiro on a permanent deal from Wolves, with the winger committing to the club for the next four-and-a-half-years.

Fulham certainly have a great squad on paper, but have failed to live up to expectations so far.

With calls earlier in the season by fans for Scott Parker to be relieved of his duties because of the way his side have underperformed, the second half of the season will prove to be a vital period for the club as they look to return to the top flight at the first attempt.

Fulham are set to fight it out with AFC Bournemouth for Huddersfield Town winger Isaac Mbenza.

The midfielder hasn't played a Championship game for the Terriers since October and is clearly not in Danny Cowley's current plans.

Mbenza has found it difficult to make an impact in the second-tier of English football, and it looks as though the 23-year-old is going to be offered a way out of the Yorkshire club.

The manager would be delighted to bring in a player of his calibre who did prove that he could compete at a high level during his days in France. Parker would see this as a big step to filling the void of the injured Aleksandar Mitrovic and a way of adding some more flair to Fulham.

At times they can look very slow on the transition, and Mbenza is a player who could change that and get the ball up the pitch quickly and scare opposition defenders. Just because Cowley couldn't get the best out of him, doesn't mean that another manager won't be able to.

It could spell serious worry for Knockaert out on the wing for Fulham. He's a good player and everyone knows the ability that he has but at this current moment in time, he hasn't been as good as previous seasons and disappears too often. (Editor's note, I'm not sure I agree with this claim, our second AK has become more than useful since his arrival and a proven match winner)

The ex Brighton winger had a good game against Middlesbrough, but he'll have to have more of them if he's going to keep out an energetic Mbenza from the team. If he continues to perform then there's no reason why he wouldn't keep his spot, but he can sulk when not in a starting XI so it'll be interesting to see what effect this competition has on him.

Burnley have reportedly rejected loan offers for Ben Gibson, according to a Sky Sports reporter.

It's said to Dyche wants to find a replacement for the defender before he allows him to leave:

Fulham have been in the market for defenders all month – on New Year's Day, Michael Hector completed his transfer from Chelsea, whilst Terrence Kongolo signed on-loan from Huddersfield last week.

Gibson, 27, looks set to become Fulham's third defensive signing of the window – he's not featured in the Premier League all season, and only has one League Cup appearance to his name, having sat most of his season either on the side-lines or on the bench.

It's been a good month for Fulham in terms of transfers – Hector has come straight into the first-team and is already winning over a lot of fans, whilst the permanent signing of Ivan Cavaleiro looks to have given the player and the fans a huge boost.

West Brom midfielder Rekeem Harper has been the subject of speculation this month regarding a potential loan spell.

It's understandable, of course, that Albion might seek to find a taker - preferably at Championship level - so that the teenager might get some regular game-time in the way that teammates Sam Field and Jonathan Leko have done at Charlton Athletic this term.

It's bizarre, however, that Leeds United have been credited with an interest in taking Harper on a loan basis until the end of the season.

The Sun this week claim that the Whites are considering contacting the Baggies over his potential availability, while Fulham, Charlton and Queens Park Rangers have also been linked.

Regardless of how crucial or otherwise Harper is to Albion's immediate set-up, the likelihood of them parting with a player to strengthen the hand of a fellow promotion candidate, in the form of Leeds or Fulham, is remote indeed.

Harper has played in the cup games against Millwall back in August and at the Addicks earlier this month, but his only league appearance was as a late substitute on the opening day win at Nottingham Forest.

Harper, who was given a fair crack under Darren Moore and latterly Jimmy Shan in the Championship last season, hasn't been able to maintain those standards and Slaven Bilic has spoken previously about how he needs more by the way of application to be considered for match-day duties in the first team.

That said, Bilic did add after the win over Charlton at The Valley, where Harper played all but the entire match, that he'd been keen on retaining him this month if he was able to offer up such performances in the future 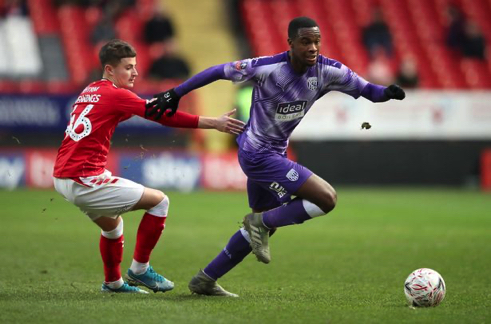